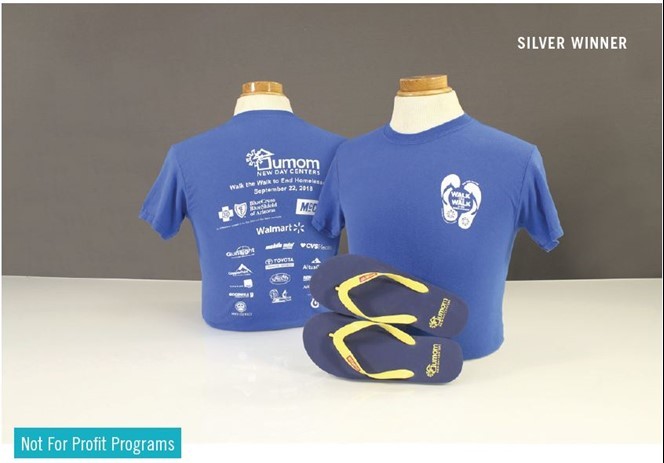 Not For Profit Programs

For more than 60 years, the PPAI recognizes client promotions, who provided creativity, originality, and flawless execution.

Here’s a summary of the promotion they created for their client. Perhaps it will give you some good ideas too.

Primary Objective To raise funds the shelter could use to restore hope, rebuild lives and end homelessness. The world record attempt became the primary objective the day of the event.

Strategy And Execution After nine years of hosting the walk, it needed a little sizzle. The distributor presented the idea of trying to break a world record and the record selected to beat was the most people running a 1K in flip flops. The walk was rebranded to “Walk the Walk to End Homelessness” and the logo was changed from a tennis shoe to a pair of flip flops. A sponsor was secured for the flip flops and each attendee received a pair of flip flops, a t-shirt and free entrance for the day to the Phoenix Zoo, the event location. iHeartRadio stepped in to sponsor the event’s audio/visuals and Marty Manning, a local radio celebrity, was the emcee. The local movie theatre chain, Harkins, also advertised the event for two months at no cost. The client sent flyers to previous attendees and donors eight weeks out. Social media efforts started 12 weeks out.

Do you need some ideas for your non-profit promotions program?